You can access our full report on different forms of biases during the recruitment process here.

Ask any recruiter, and they’ll likely tell you that they believe that when they interview prospective new hires, their decisions are free of prejudice or bias, that the only thing impacting their decision-making is a candidate’s fit for the role.

However, in reality, biases- whether individual, procedural or systemic - can infect and undermine all stages of recruitment, from job postings to final selection.

These biases can mean mean that undue weight is given to factors which don’t necessarily translate into whether a candidate is likely to succeed in the advertised role. Fundamentally, this means a higher risk of hiring the ‘wrong’ candidate, and, in turn, a higher rate of employee turnover. Learning how to avoid and mitigate these biases will prevent a company from having to refill the role just a matter of months down the line, costing it time and money.

Time and time again, evidence shows that – however good our intentions – we can all be affected by subconscious biases that influence our perception of candidates, particularly when comparing one candidate against another.  And precisely because those biases are subconscious, they can be difficult for recruiters to identify and eliminate by themselves.

Much research has been undertaken into the problems of gender and racial bias in recruitment, but biases can also arise in other, less-discussed ways.  A recent study suggests, for example, that hiring processes are frequently affected by so-called ‘location bias’, that is, preferring (consciously or otherwise) candidates that live locally to a role.  On average, the research found, applicants whose résumé indicated they lived more than 5-6 miles from a job location received about a third fewer callbacks.[i]

But, fundamentally, bias can arise wherever a person makes a subjective judgement about a candidate based on factors – be it their age, interests, or alma mater – that don’t necessarily correlate to their ability to do the job.

Even if an individual recruiter’s assessment of each candidate is entirely impartial, the application process that a firm has in place could still inadvertently operate against certain candidates, or dissuade them from applying – in effect, hard-wiring biases into the system.

Thus, for example, a company’s job advertisement might include gendered words that put off female candidates or that emphasize attributes and skills typically associated with men.  Or it might be posted on a website that means it is only likely to be seen by a limited class of candidate (again, not necessarily correlating with the pool of people objectively capable of succeeding in the role).

And the way other stages of the application process are designed can, even if entirely inadvertently, also lead to some candidates benefiting over others.

For example, requiring candidates to attend in-person interviews or assessment days might, on its face, seem like an effective means of testing a client’s aptitude, but it could equally serve to deter or eliminate candidates who live overseas or have pre-existing work or personal commitments, neither of which will necessarily have a bearing on their future ability to do the job.

Training your staff to increase their awareness of how and where bias risks can arise can have a material impact, as can regularly auditing your processes (and any historic data being used to draw inferences or drive selection decisions) to identify aspects which might serve to operate against certain candidates.  Increasingly, employers are going beyond merely trying to identify risks, and are also seeking out specific technologies designed to actively reduce bias risks.

These range from tools that remove names, photos or other personal information (dates of birth, nationality, college attended) from a résumé or online profile before it’s reviewed, through to software that helps avoid gendered-words in job descriptions or ensures that job postings reach the most diverse talent pool.

Incorporating video interviews into your processes can also help address bias concerns.  By facilitating greater standardization and a collaborative approach to recruitment in which interviews are recorded and able to be reviewed by several people, video interviewing can make it easier to objectively compare candidates and help reduce the risk of any given individual’s subconscious biases tainting the ultimate hiring decision.

Finally, video interviewing can also help address certain process-driven bias risks that can arise in traditional recruitment methods.  In particular, by enabling candidates to record their answers at a time and place of their choosing, video interviews can mitigate concerns about location bias – for both the candidate and the recruiter, the process is the same whether they are located half a mile, or half a world, apart.

Want to learn more about how you can can mitigate different biases? You can access our full report on the 2019 Recruitment Hurdles including biases, appealing to Generation Z, and and promoting diversity in your organization here. 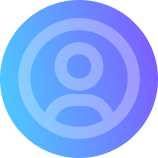